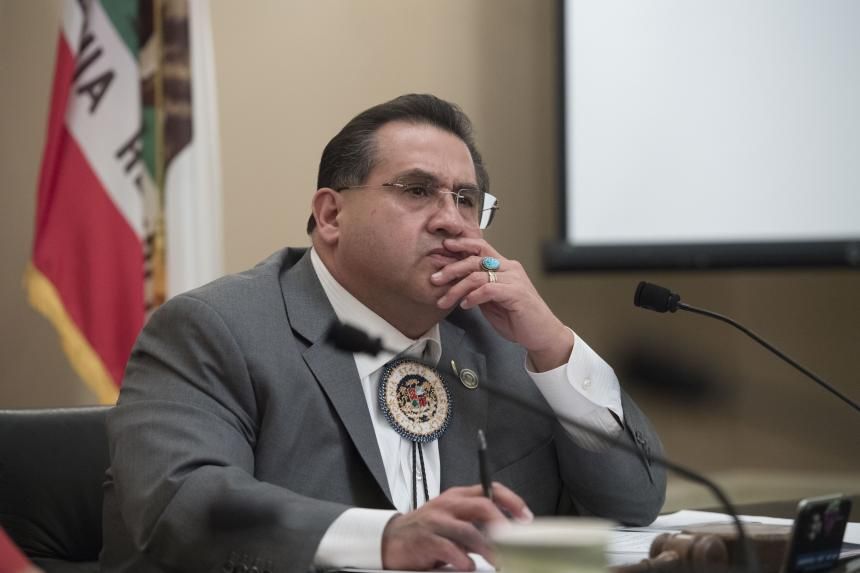 California assemblyman James Ramos, a member of the Serrano/Cahuilla tribes, introduced a new bill to expand repatriation rights for unrecognised Native Americans in the state

Indigenous tribes in California who are not federally recognised will be granted rights to reclaim their ancestral objects from museums and institutions in the state if a pending repatriation law is approved as expected on 31 August. The bill—called AB-275 Native American Cultural Preservation (2019-2020)—has received “overwhelming bipartisan support in the California assembly and in its hearing in the senate governmental organisation”, with a 78-0 vote, the assembly member James C. Ramos (Serrano/Cahuilla) tells The Art Newspaper.

The bill expands on the existing Native American Graves Protection and Repatriation Act (NAGPRA)—a federal mandate enacted in 1990 to allow tribal leaders to reclaim human remains, burial items and other sacred objects from institutions. The federal law, however, excludes tribes that are not recognised and listed by the US Interior Department—a significant failing in the eyes of tribes in California, many of whom lost their recognition during the mid-20th century.

The state bill would create a Native American Heritage Commission that would identify and maintain a list of California tribes to consult in repatriation matters, and would revise the definition of “California Indian tribe” to include tribes that are not federally recognised. It also defines “museums” as any institutions that receive state funding—even partially. The final date for the bill to be approved in 31 August, and the California governor Gavin Newsome has until 30 September to sign or veto it.

Shannon O’Loughlin, the executive director of the Association on American Indian Affairs, says the proposed bill underlines the fact that NAGPRA needs to enforced at the state level. The federal law “defines the minimum process that’s supposed to happen in terms of repatriation, but institutions in California have struggled to follow through,” O'Loughlin says. She points to a state government audit released last month that found the University of California has “inadequate policies and oversight” that resulted in different campuses adopting different approaches to decisions regarding repatriation.

While the university's Los Angeles campus has “returned nearly all of the [human] remains and artefacts in its collection”, according to the report, UC Berkeley has “returned just around 20%” of its 500,000-piece collection, and has “regularly requested more evidence from tribes” to determine ownership of the objects.

Janet Napolitano, the executive director of the University of California, says the campuses will review and implement a series of policies in response to the audit, and that it will work to increase the transparency of its Indigenous collections and improve its communication with tribal leaders. “The university understands the need for a stronger policy and improvement in our relationships with Native American communities,” she says.

O’Loughlin adds that there are “a lot of inconsistencies across institutions and in how federal and state processes work”, not just in California but nationwide. “What this bill does is heighten or correct the original legislation, so that California, for example, can determine which tribes it recognises or not. It addresses what needs to be changed.”

Category : Aborigines Of America News
Previous98% Of African Americans Are In Fact Native Indians And Are Owed Millions
NextUS Supreme Court rules half of Oklahoma is Native American land